U.S. Trade Policy : Clearing the Brush – or Pulling up Stakes? 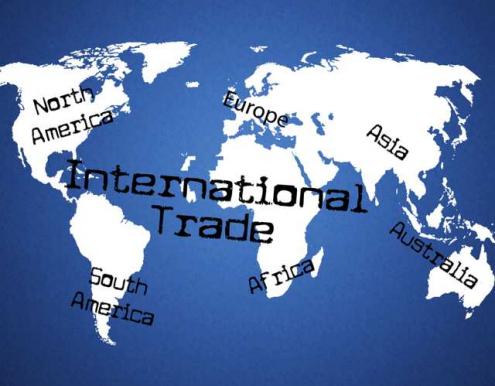 The Trump administration has been in office for a little over a year now, and it is becoming clear there are two ways to view its approach to trade policy.

One is to see the White House as ranchers who have inherited an attractive piece of property, but one that has been neglected over the years. A lot of brush has built up and the land won’t be able to reach its potential for grazing until it is cleared away. For Trump and his team, the brush in the world trading system is the unfairness that the U.S. faces when it tries to trade and invest with countries that do not play by the rules, or under deals whose terms are unfavorable to it.

The U.S. administration’s main complaints are about China : that it forces U.S. firms to transfer technology to operate there, and that it subsidizes its state-owned firms, giving them a leg up on world markets compared to private-sector U.S. companies. But the Trump White House also thinks there is unfairness baked into a number of agreements the U.S. has signed, which is why it has launched renegotiations of both NAFTA and the U.S.-Korea Free Trade Agreement.

In this scenario, once the U.S. is successful in getting the unfairness out of the system through trade-policy tools like anti-dumping and by updating trade deals, the Trump White House will be ready to engage with like-minded countries to create the new rules that the global economy urgently needs—for example to govern digital trade. If that strategy is kept in mind, then the president’s comments at the World Economic Forum in Davos last month about the possibility of the U.S. rejoining a revamped Trans-Pacific Partnership -one year after it left that very deal- make some sense.

There is, however, another way to understand the Trump administration’s trade policy : as the expression of disgruntled settlers who have given up on the prospects of thriving where they are and believe it is time to move on and out. In this view, the constraints imposed upon U.S. freedom of action by the World Trade Organization and by the free trade deals the country has signed have become so intolerable that it is time for the U.S. to renounce its role as the leader of the rules-based trading system. When the territory becomes inhospitable, better to pull up stakes.

Under this scenario, the main complaint is that the WTO’s dispute resolution system was not set up to deal with the kinds of challenges coming from China. That is primarily because the expectation when China joined the WTO in 2001 was that over time it would evolve into a different kind of economy—one driven mostly by market forces, not state diktats. It is more than fifteen years later and that has not happened. The White House’s 2017 Report to Congress On China’s WTO Compliance goes so far as to say it was wrong for China to join the WTO on the terms that it did. And where the WTO has the wherewithal to adjudicate complaints about Chinese practices, the process is so slow that even when the U.S. ends up on the winning side of a dispute, the damage from unfair trade practices has already been done. The only conclusion to draw: leave the world trading system to others to sort out. The U.S., the largest economy on the planet, will do better in the long run by looking out for itself rather than wasting energy on setting global rules.

It is too soon to say whether the Trump administration will end up more akin to dedicated ranchers or unhappy settlers. One reliable short-term indicator will be what happens with the NAFTA renegotiations, which are scheduled to wrap up in April. It is hard to imagine a U.S. administration becoming engaged in building new global trade rules if it is reluctant to make the compromises needed to shore up its own neighborhood. It is also difficult to know which countries would be willing partners in such an effort, since the lack of trust in the good faith of U.S. negotiators would be immense following the country’s decision to withdraw from NAFTA, its most important free trade agreement.

Peter S. Rashish is a Senior Fellow and Director of the Geoeconomics Program at AICGS.